AT A GLANCE
BIN@2020: Innovation for the Future of Humanity

BIN@2020 was this year’s edition of the series of BIN@ annual events. It was an excellent (digital) opportunity to host innovators from Latin America, Europe and other origins (from universities and RTOs to private sector) with a common purpose to CONNECT, DEBATE AND PROMOTE INTERACTIONS on some of the main challenges facing THE FUTURE OF HUMANITY. The event was open to public & free of charge and everyone with an interest in (Open) Innovation, Sustainability, Inclusion & Equality topics were welcomed to participate. The BIN@2020 was also an excellent (virtual) opportunity to celebrate the 10 years of activity of the Business & Innovation Network (BIN@™). 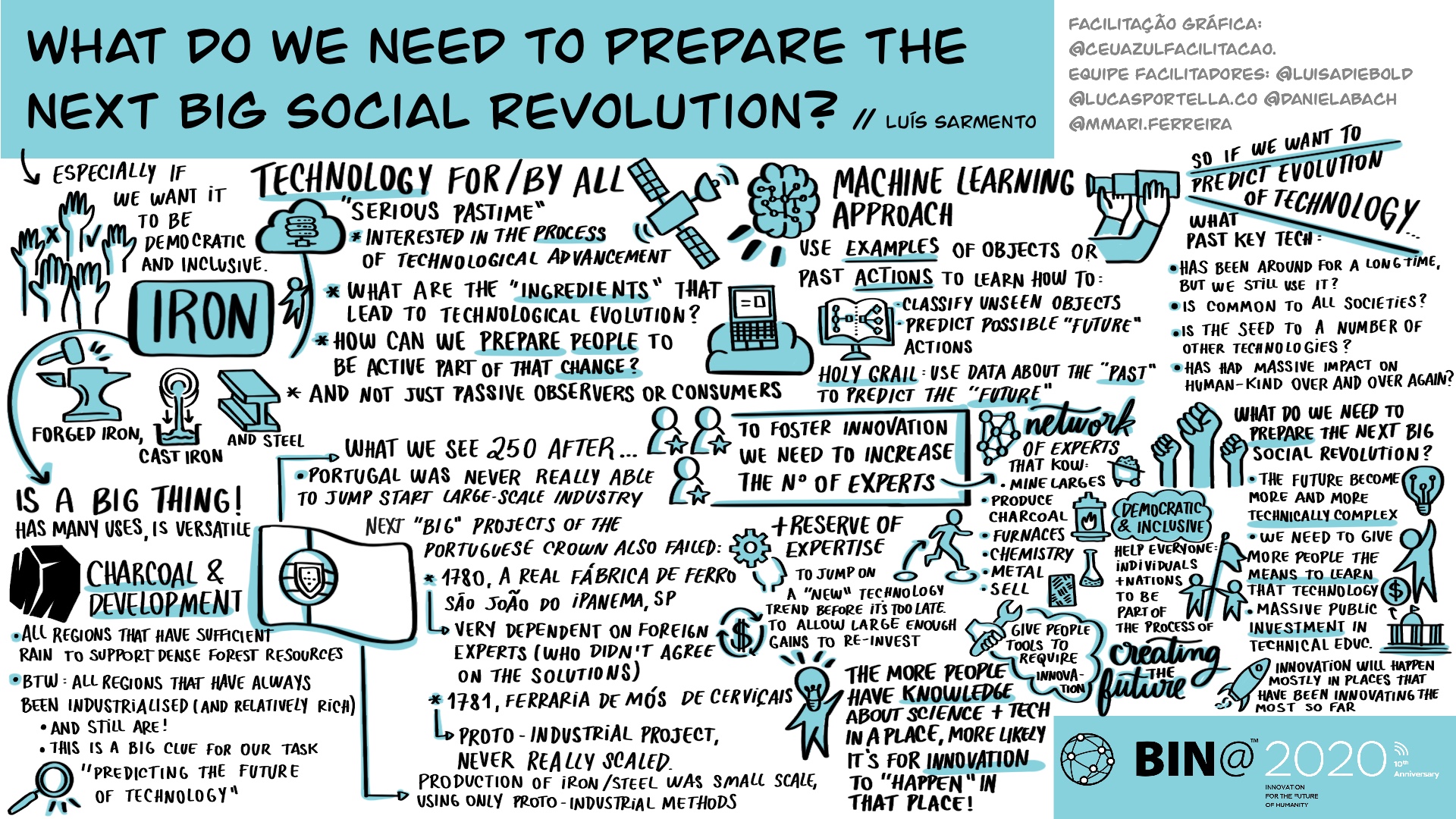 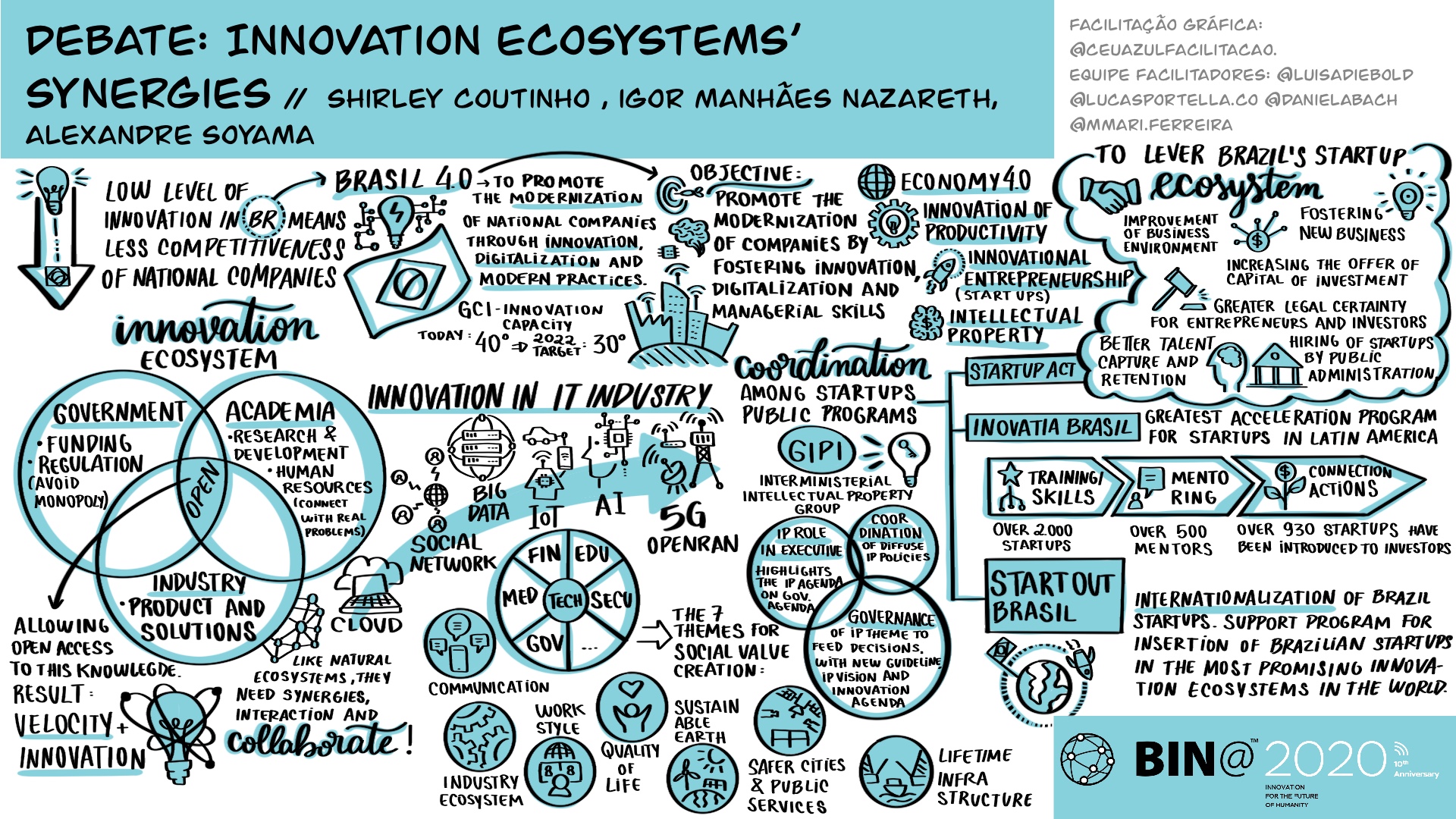 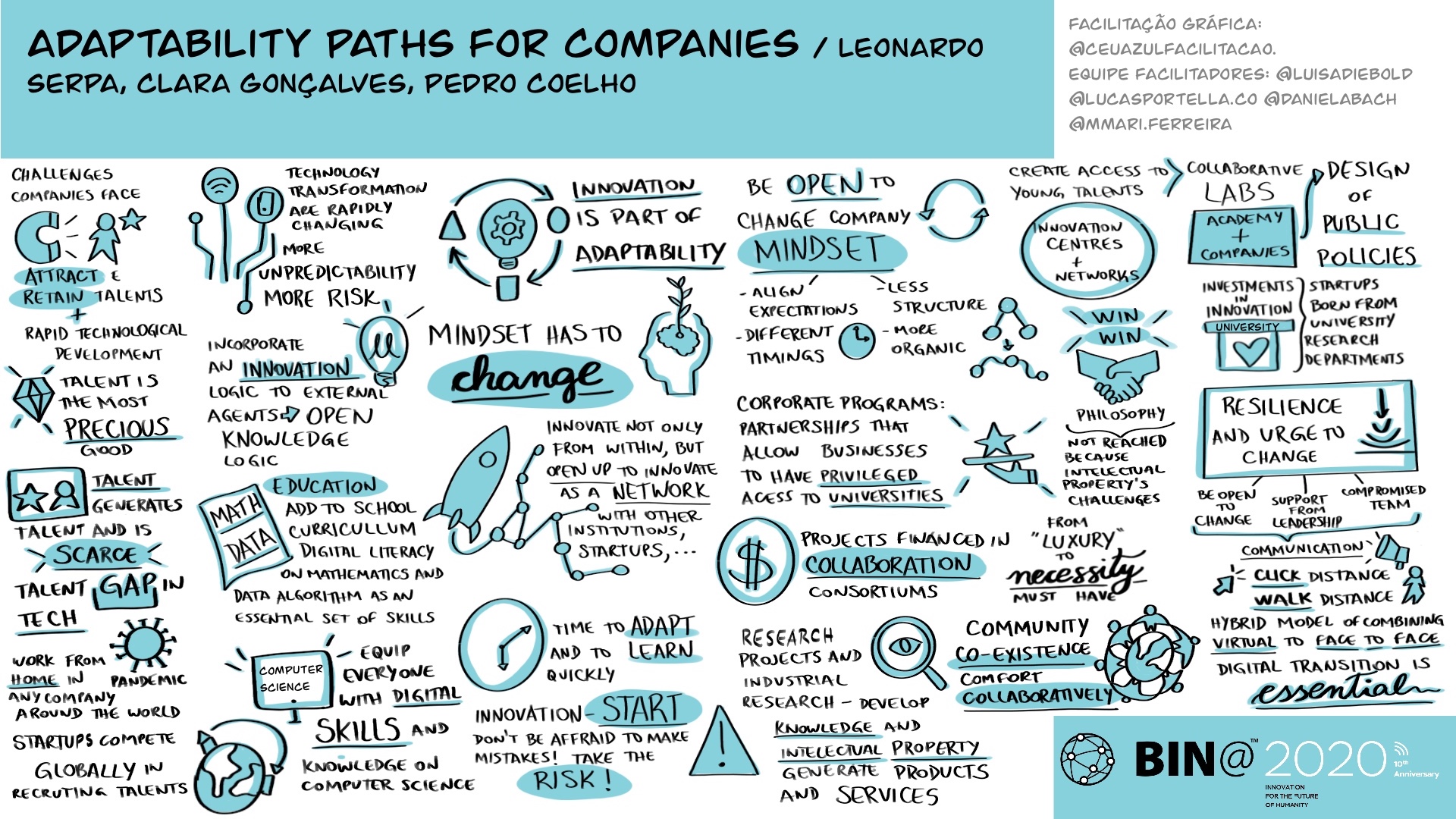 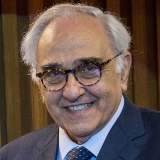 Frederico Cezar Araújo
Before assuming his functions as International Director at FIRJAN, contributing to enhancing the FIRJAN system in providing assistance for the companies of Rio de Janeiro state in the area of international business, Frederico Araujo has had a long and recognised career in the diplomatic service of Brazil. He has held various high-ranking positions (incl. of an Ambassador) in the country’s Ministry of Foreign Affairs’ system and in its diplomatic missions (to name a few: embassies/consulates in London, Lima, Tokyo, Washinton, Canberra, La Paz, Santiago, Boston). 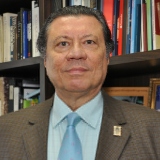 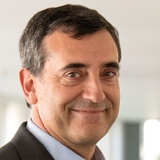 João Falcão e Cunha
João Falcão e Cunha is the Dean of FEUP. He is a lecturer and researcher at the Faculty of Engineering (FEUP) of the University of Porto (U.PORTO). He holds a PhD in Computing Science from Imperial College London (1989), a MSc in Operations Research from Cranfield University (1984) and a first degree in Electrical Engineering from the School of Engineering of the University of Porto (1983). He is a member of the ACM and the IEEE – Computer Society. He has been involved with theoretical and experimental work in Software Engineering and Information Systems for the past 20 years. Violeta Bulc
Violeta Bulc is an open-minded former European Commissioner, devoted to solving problems in a collaborative and innovative way. The essence of her work is directed at improving the quality of life for people in the European Union. From her previous work experience and her current role she knows how to create networks and develop strategies that address societal demands for greater connectivity, mobility and global awareness. As European Commissioner for Transport, her policy goals aim to make mobility solutions environmentally friendly, competitive and inclusive, to create jobs, growth and maintain social fairness. 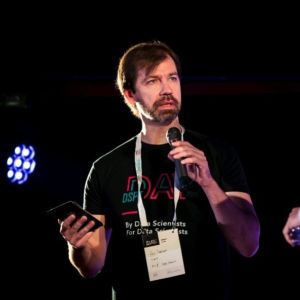 Luís Sarmento is a A.I. researcher, focusing mostly on Natural Language Processing (NLP) and Machine Learning (ML). He holds a degree in Electrical Engineering (1999), a MSc in Artificial Intelligence (2004), and a PhD in Informatics, all from the University of Porto (2010). He has more than 15 years of experience leading research teams both in academic (University of Porto, National Foundation for Scientific Computing, Portugal) and industrial settings (Portugal Telecom, Amazon), in the fields of Search Engines, Recommender Systems and Dialog Systems. 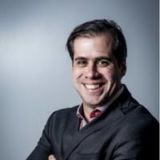 Carlos Melo
For over 10 years, Carlos Melo, has held leadership positions in Brazilian companies and spin-off centers. Carlos was in charge of ESG Strategies and Social Investment Programs. Carlos is graduated in Administration, MsC in Administration and PHD in Sustainable Development (Universidad de Alcalá – Madrid – Spain). Head of Sustainability at BRK Ambiental, where he leads the Private Social Investment Strategy and manages the Sustainability Strategy. Carlos has implemented the social investment which involve 32 million of reais (BRL) in social and environmental projects. The Social and Environmental projects benefit around 250 000. 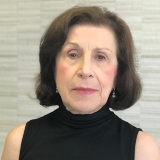 Shirley Coutinho
Shirley Coutinho has master’s degree in Business Administration (MBA), obtained in 1990 from Catholic University of Rio de Janeiro (PUC-Rio), and bachelor’s degree in Pedagogy, obtained in 1963, from Federal University of Espírito Santo. In 2001, she initiated the Technology Transfer and Intellectual Property Office at PUC-Rio, current Innovation Agency, being its Executive Coordinator (until the present day). She is also the co-founder and current President of FORTEC – Forum of Innovation and Technology Transfer Managers. 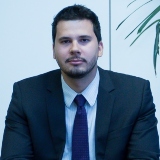 Igor Manhães Nazareth
He has a degree in International Relations from Universidade de Brasília. Between 2009 – 2018, he held functions at the Secretary of Innovation and New Businesses, Ministry of Industry, Foreign Trade and Services. In 2019, he assumed the post of Subsecretary for Innovation and Digital Transformation at the Brazilian Ministry of Economy. He is responsible for the elaboration and supervision of public policies for innovation, innovative entrepreneurship, Industry 4.0 and intellectual property. 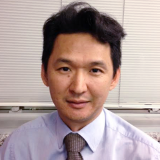 Alexandre Soyama
Electronics engineer, graduated from FEI, with a more than 20 years’ experience in development, integration and installation of telecom and IT systems. For the last 10 years, his focus has been on developing the public security projects (identification and smart cities) with and intensive use of biometrical solutions (facial and fingerprints), video surveillance, artificial intelligence and integration of IT systems for the Government and for the business sector. 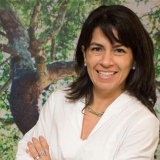 A chairwoman in Portugal for Business & Tech Women’s Networking (BTWN) and Open Innovation BR, networks that join large companies, consultancies and the innovation ecosystem for cooperation. She is also a Portuguese ambassador to Match4Action, a global innovation organisation for social impact, led by Stanford Alumni.  She has MSc in Engineering and Bachelor’s degree in Pedagogy, both from Universidade Federal Fluminense. Additionally she has obtained a postgraduate degree in Marketing from IBMEC-Rio and a bachelor’s degree in Business Administration from Centro Universitário Benett. 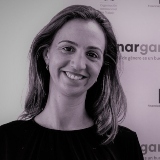 Teresa Perez del Castillo
In UN Women she is the coordinator of the programme ‘WIN-WIN: Igualdade de gênero significa bons negócios’ (for Argentina, Brazil, Chile, Costa Rica, Jamaica and Uruguay). She has a degree in Corporative Communication from Universidad Católica del Uruguay and a MBA in Marketing (Universidad de Belgrano, Argentina). She has more than 20 years of experience in corporative marketing both in national and global companies. She has led many multifunctional and multinational teams in major companies like Coca-Cola, Nestlé and Carrasco International Airport in Uruguay, Peru and Argentina. After more than 20 years of the corporate professional experience, since 2011 has started focusing on content production and audiovisual project management. Has participated as executive producer on a number of TV series and documentaries; some of them in co-production with Fox, Nat Geo, ESPN, Bonne Pioche, among others. In 2014 founded Tocha Filmes, an independent producer company, covering the EESG agenda, connecting people, brands and organisations to values, through an audiovisual experience. Tocha Filmes latest release is Woman at Work, 2020. Social entrepreneur, founder of RME – Rede Mulher Empreendedora and of Instituto RME, a gender researcher and an expert on women entrepreneurship. Lead Delegate of W20 group, a G20 engagement group. She has been elected as one of the most powerful women in Brazil by Forbes and as one of the Top Voices of LinkedIn. She is adviser to the Instituto Avon and a professor of the programme ‘Empreendedorismo em Ação’ at INSPER. 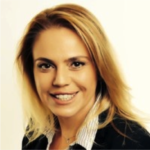 Silvia Fazio is a partner in Norton Rose Fulbright’s São Paulo office and head of the firm’s Brazil Desk in its London office. Ms Fazio specializes in cross-border investments with a focus on mergers and acquisitions. Graduated in law: University of Sao Paulo (1994) , LL.M. University of Heidelberg (1996), Master in Law University of Bologna (1998), PhD University of London (2006). 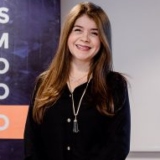 Claudia Diniz
Director and one of the founders of the Women in Mining Brazil. She is an executive with a solid experience in innovation, project management and intellectual property with a proven track record of working for the mining industry (having worked for the world’s two biggest mining companies). She has a master’s degree in Chemical Engineering and a PhD. in Mineral Technology (accompanied by extensive experience abroad). MBA by FDC. Currently she is working as Executive Director at MiningHub, the world’s first open innovation hub in the mining sector. Cláudia Mendes
Experienced professional with a master’s and bachelor’s degree in Computer Sciences from University of Coimbra, Cláudia Mendes Silva has more than 15 years of experience in technology in connection with various disciplines that include, among others, Project Management and PMO. She is also a Portuguese ambassador of Women in Tech, an international non-profit organisation that promotes the talent of women in technology and leadership in the form of reducing the differences between genders and helping women to adopt STEM (Sciences, Technology, Engineering and Mathematics). Andrea Carvalho
Ambassador for Grupo Mulheres do Brasil – Rio de Janeiro branch. She is psychologist and specialist in Corporate Environmental Management (UFF, 2008). She is an expert in the elaboration of Social Projects (Senac-SP). She is one of the 10 000 women who have participated in the the programme ”Empreendedorismo Feminino” organised by the Goldman Sachs Foundation. She has also been trained by EMPETREC (in 1996), an entrepreneurship programme of UN, and for the last 6 years she has been acting as the ambassador for RME – Rede Mulher Empreendedora in Rio de Janeiro. Leonardo Serpa
Chief Executive Officer at ENGIE Soluções, responsible for solutions for cities, decentralized solar energy and energy services. He joined ENGIE in May 2016, after a career of ten years in various areas of the Swiss corporation, ABB. Leonardo Serpa has a Bachelor’s degree and a Master’s qualification in Electrical Energy from the Universidade Federal de Santa Catarina (UFSC), a PhD in Power Electronics Systems from ETH, Zurich and an MBA from the Cass Business School, London. 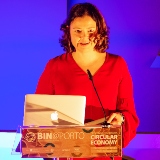 Clara Gonçalves
Since 2018 Clara has been the main organiser and an active member of the Steering Committee of “Future of Computing” Summer School. Clara is currently member and advisor of the Global Platform for Prevention Entrepreneurship in Public Health, a project promoted by City University in New York with IE Business School in Madrid, Spain. From September 2007 until June 2019, Clara was Executive Director of UPTEC – Park of Science and Technology of University of Porto. 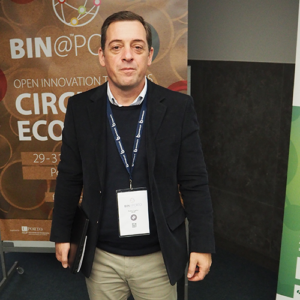 Pedro Coelho
Pedro Coelho has a background in Business Economics and had a long experience working as a business and financial consultant for several companies. Since 2005, he is the Head of Research & Innovation Support Unit (INOV) at the Faculty of Engineering of the University of Porto (FEUP), the executive manager of FEUP’s Industry Liaison Offcier and the coordinator of the Business & Innovation Network (BIN@TM) since it was created in 2010. As the Head of INOV Unit, Pedro Coelho has a wide range of activities focusing on the support of the R&I produced at FEUP.