What is Electrical and Computer Engineering?

It is the Engineering area that develops the activities of conception, design, implementation and utilization of devices and systems that involve electrical energy in their operation and also that resort to computers to serve a very wide range of applications. Electrical and Computer Engineers are responsible for the enormous technological revolution that we have witnessed in the last decades in fields as varied as mobile communications, renewable energies, electrical mobility or the increasing automation of our industries.

Candidates with basic training in Electrical and Computer Engineering who wish to acquire the necessary skills to respond to the job market in one of the 3 areas of specialization offered at M.EEC: Energy, Automation and Telecommunications, Electronics and Computers.

Provide students with advanced, specialized and differentiated training in one of the following domains of Electrical and Computer Engineering (EEC): Automation, Energy, and Telecommunications, Electronics and Computers (TEC). In general, the student should acquire, with the necessary proficiency, knowledge of engineering sciences and technologies, both general and specific to specialization, management knowledge, and personal, professional and interpersonal skills and attitudes. The student should be able to use these skills in solving, anticipating and preventing complex problems in the domain of EEC and in the conception, design, implementation and operation of complex systems. Must be able to perform professional functions (including those recognized by professional associations) with great responsibility in complex contexts and with a focus on innovation and leadership roles in multidisciplinary projects in the domain of Electrical and Computer Engineering.

ACCREDITATION
This study programme is accredited by the Higher Education Assessment and Accreditation Agency (A3ES).

The Master in Electrical and Computer Engineering (M.EEC) results from the division of the previous Integrated Master in Electrical and Computer Engineering (MIEEC) of FEUP into two independent cycles of studies, in order to comply with article 19 of Decree-Law No. 65/2018 of 16 August, with M.EEC being the second of these cycles.

Bearing in mind the success and recognition in the market of the previous integrated study cycle, the constant technological and scientific evolution in this area of ​​Engineering, as well as the evolution of pedagogical practices and technologies, the current proposal takes advantage of the strengths of the previous integrated study cycle and introduces several updates and improvements in the design of the new cycle of studies. This cycle of studies consists of:

FEUP’s M.EEC is organized into three areas of specialization, corresponding to EEC scientific and technological knowledge domains well characterized and recognized in business, academic cand scientific ontexts. Each area of ​​specialization has a set of mandatory curricular units, which characterize each area of ​​specialization, complemented by optional curricular units. In the first two semesters the options are relatively restricted, but in the third semester the students have a wider range of free choices within the specialization (at least 18 ECTS). The broad spectrum of the study cycle is manifested in this choice, but also in the fact that several curricular units (UCs) are shared between different areas of specialization. The range of UCs offered in the 3rd semester will be defined by the Scientific Committee in view of the demand from students and the conditions of the labor market. The cycle of studies values ​​the work of conception and design, both individually (dissertation) and as a team (UC of Systems Engineering common to all students). The Master’s degree in EEC will be awarded by FEUP. 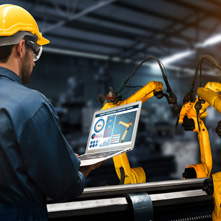 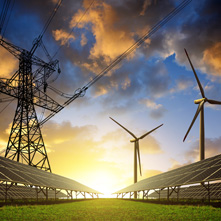 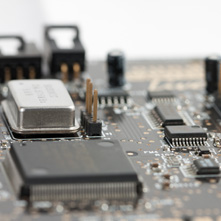 5 reasons to choose
MEEC at FEUP

High employability and integration in the labor market promoted by the realization of the final dissertation projects in external industrial companies or research institutes.

Multidisciplinary and integrated approach to operations problems, in the technological and management aspects.

Possibility of mobility at recognized international universities, particularly in Europe and Brazil.

Have a training in an elite engineering school, which allows the acquisition of skills and attitudes highly appreciated in professional contexts, enhancing successful professional or academic careers.

Partnerships for Erasmus mobility programs or under bilateral agreements are carried out with high quality institutions in the various regions of the globe.

More than a third of the end-of-course dissertations are carried out in a business environment, which is one of the great advantages of this training. The companies welcome students for a period to develop a topic with scientific quality assurance that will give rise to a Dissertation for obtaining a Master’s degree

Companies where students have done their dissertations in recent years include:

Group of Students of Electrical and Computer Engineering is a youth association that was born from the desire of a group of students to boost activities in favor of the course. Thus, NEEEC is an organization for students and for students whose mission is to organize school enrichment and personal development activities, as well as recreational and social activities for M.EEC students. 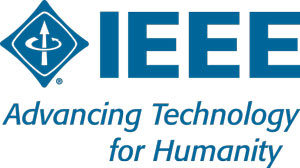 IEEE is the world’s largest technical professional organization dedicated to advancing technology for the benefit of humanity. Our Student Branch (SB) is comprised of University of Porto (UP) students who are IEEE members. We share a passion for knowledge, technology and sharing that knowledge with others. One of our core endeavours is the creation and organisation of activities that enlighten our student community and also promote technical savviness in the general public. Those activities are usually Talks, Workshops, Conferences and Symposiums.

The following data is based in the Employment Survey FEUP 2020 and refer to the graduates of MIEEC – Integrated Master in Electrical and Computers Engineering – in 2018/2019. 60% from a total of 114 graduates have answered the survey.

How long until students find the first job opportunity

LESS THAN 3 MONTHS AFTER FINISHING

A Master in Electrical and Computer Engineering has a wide range of options to develop your professional activity in several domains of EEC. Opportunities for professional opportunities include scientific and technological research in several national and foreign institutions, the conception, design and development of systems in their various hardware and software components, as well as the exploration and management of networks and communications and energy systems. . As a very dynamic area of ​​Engineering and constantly evolving, there are also countless opportunities to develop innovative ideas and products and create new businesses. Although M.EEC opens many doors to the corporate job market, it is also the entry point for those who want to deepen an area of ​​specialization and pursue a PhD program in EEC.